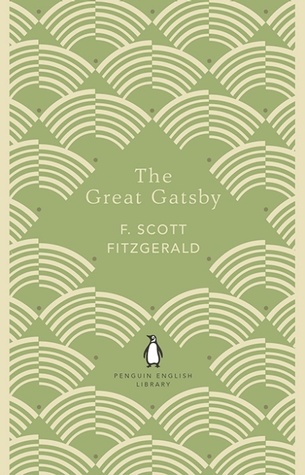 It’s the spring of 1922 in New York City, a decadent playground of shifting morals, glittering jazz, bootleg empires and skyrocketing stocks. Chasing the American Dream, would-be writer Nick Carraway arrives from the Midwest only to land next door to Jay Gatsby, a mysterious millionaire, famed for his decadent, champagne-drenched parties. As Nick’s beautiful cousin Daisy and her blue-blooded husband Tom Buchanan fall into Gatsby’s orbit, Nick bears witness to a tragedy of impossible love and incorruptible dreams.

The Great Gatsby brilliantly captures the disillusion of a society obsessed with wealth and status. Young, handsome and fabulously rich, Jay Gatsby appears to have it all, yet he yearns for the one thing that will always be out of his reach. In simmering prose, Fitzgerald shows Gatsby pursue his dream to its tragic conclusion.

The Great Gatsby, often cited as the Great American Novel, is no less one of the greatest works of literature. On the surface, The Great Gatsby plays out as a tragic romance and yet, the complexity of the story transcends Jay and Daisy’s love story.

Full of equal parts hope and desperation, The Great Gatsby illuminates the decadent excess and corruption of the Jazz Age, which still manages to hold a mirror to our own society. This goes almost hand in hand with Fitzgerald’s comments on the carelessness and materialism of the upper-class. Fitzgerald’s prose is poetic, his characters deeply flawed as we bare witness to Gatsby’s obsessive, hopeless pursuit of restoring the past and, ultimately, the decline of the American Dream.

While The Great Gatsby is narrated by Nick Carraway, our protagonist is none other than one James Gatz, aka: Jay Gatsby. Gatsby is a self-made man from humble beginnings and is the personification of the American Dream. When I read The Great Gatsby as a starry-eyed teen, Gatsby seemed the flawed romantic hero. Everything he does, the good and the bad, he does in the name of his relentless pursuit of reclaiming Daisy. We fall for Gatsby’s passion, his devotion and weep for the futility of his dream. Yet, reading The Great Gatsby now, I pity his child-like illusion, the fact that this very dream is ultimately what limits Gatsby. Gatsby is so feverishly caught up in winning the girl he loved, he’s blind the fact that his quest was doomed from the start.

With Nick Carraway as our narrator, there is a sense of mystery encompassing Gatsby and we must peel back the layers bit by bit as the plot progresses. And while Gatsby is seen as this elusive celebrity, Nick’s character is presented to us as the quiet watcher. Essentially, Nick is the victim of which these circumstances merely happen to.

But, Nick isn’t as squeaky clean as he presents.

Nick Caraway is the implied author of The Great Gatsby, meaning that the narrative reads as Nick’s memoir. This is our first clue that Nick is a complex character. Being the implied author, Nick is prone to bias, especially regarding his own innocence. Nick characterizes himself as reflective, tolerant and honest, stating that he is “inclined to reserve all judgments” within the first page. Instantaneously, the reader trusts Nick. Yet, a careful analysis of Nick’s word play, and the choices he makes as the plot unfolds, highlight the notion that Nick is multi-layered with his own flaws. F. Scott Fitzgerald shows us glimpses at his true judgmental nature during passages when key characters are introduced. Nick shapes our opinions through strong, almost aggressive langue, attributing negative traits to these characters before we ourselves can establish our own opinion. Like all characters in The Great Gatsby, Nick is corrupted.

What makes The Great Gatsby truly one of literature’s greatest works besides it’s complex characters though, is the lyrical prose. F. Scott Fitzgerald uses excessive, glittering language to thrust the reader into this elite society. Similarly, I love the emotion that Fitzgerald instills in the reader. Gatsby’s yearning bleeds into every single page which creates this sense of loneliness, a sort of anguished determination. Gatsby’s dream is not worthy of him, and yet we hope, almost as desperately as Gatsby himself that he will achieve his goal.

This is where the imagery of the Green Light comes into play. Arguably, the green light is the most significant image in the novel. That image of Gatsby, hand outstretched towards the light perfectly encapsulates the emotion, that determination, of The Great Gatsby. As Nick so adequately puts it, the green light is merely just that – a dock light that sits across the bay in old-moneyed East Egg. To Gatsby himself though, the green light holds colossal significance. It represents all that he yearns for; Daisy, wealth and acceptance. The green light is symbolic of Gatsby’s American Dream.

In all honesty, I could sit here, arguing about how much I love The Great Gatsby until the cows come home. Whether you’re reading The Great Gatsby to analyse it’s comments on the disillusionment with the capitalist dream or for it’s iconic representation of the roaring twentys, the Great Gatsby just resonates. I mean, at the end of the day, aren’t we all Jay Gatsby ourselves? Striving for those impossible dreams, reaching across the bay towards our own green light?

7 thoughts on “Review: The Great Gatsby by F. Scott Fitzgerald”