If I’m not snuggled up with a steaming cup of coffee and a good book you can bet that I’m either at the cinema or having a movie night with my squad. In fact, my love of film might even be on par with my love of literature. So, in the style of my Definitive List of OTP’s, Ships and Bookish Couples, let’s pour some wine and have a laugh discussing my favorite Hollywood couples.

As with my Bookish Couples, this list is not a ranking. I mean, it would be like trying to choose a favorite child. Not gonna happen. This is a list of my favorite coupes, starting from my very first OTP to my most current. And I’m talking “main ships” here because I actually have what could only be deemed an armada at this point. The sad part? That said armada is continuously expanding…

Anyway, let’s fan-girl and get to some swooning!

“A million lights are dancing and there you are, a shooting star. An everlasting world and you’re here with me, eternally”

To my strictly G-rated younger self, Sonny and Kiera skating to the sweeping love theme Suddenly was the stuff of dreams. I mean, these two were just so innocent and sweet! Sonny Malone [such a 70’s babe btw] is a struggling artist, Kiera is the daughter of Zeus; a muse sent from Mount Helicon to inspire him to realise his dream. Say what you will about the movie, but to this day, Kiera and Sonny’s forbidden love still makes me feel all warm and fuzzy. That and the film has an iconic soundtrack.

“And so the lion fell in love with the lamb”

I have no shame in admitting that during my high school years Twilight was my life. That and I was unconditionally and irrevocably in love with Edward Cullen. Weren’t we all at some stage? Edward Cullen is a brooding, sullen vampire who falls in love with clumsy new girl Bella Swan in the perpetually cloudy town of Forks, Washington. In retrospect, Edward and Bella’s relationship was problematic, yet there’s something so hopelessly romantic about their all-consuming love affair. And who could forget Bella dancing on Edward’s toes at prom to Flightless Bird? 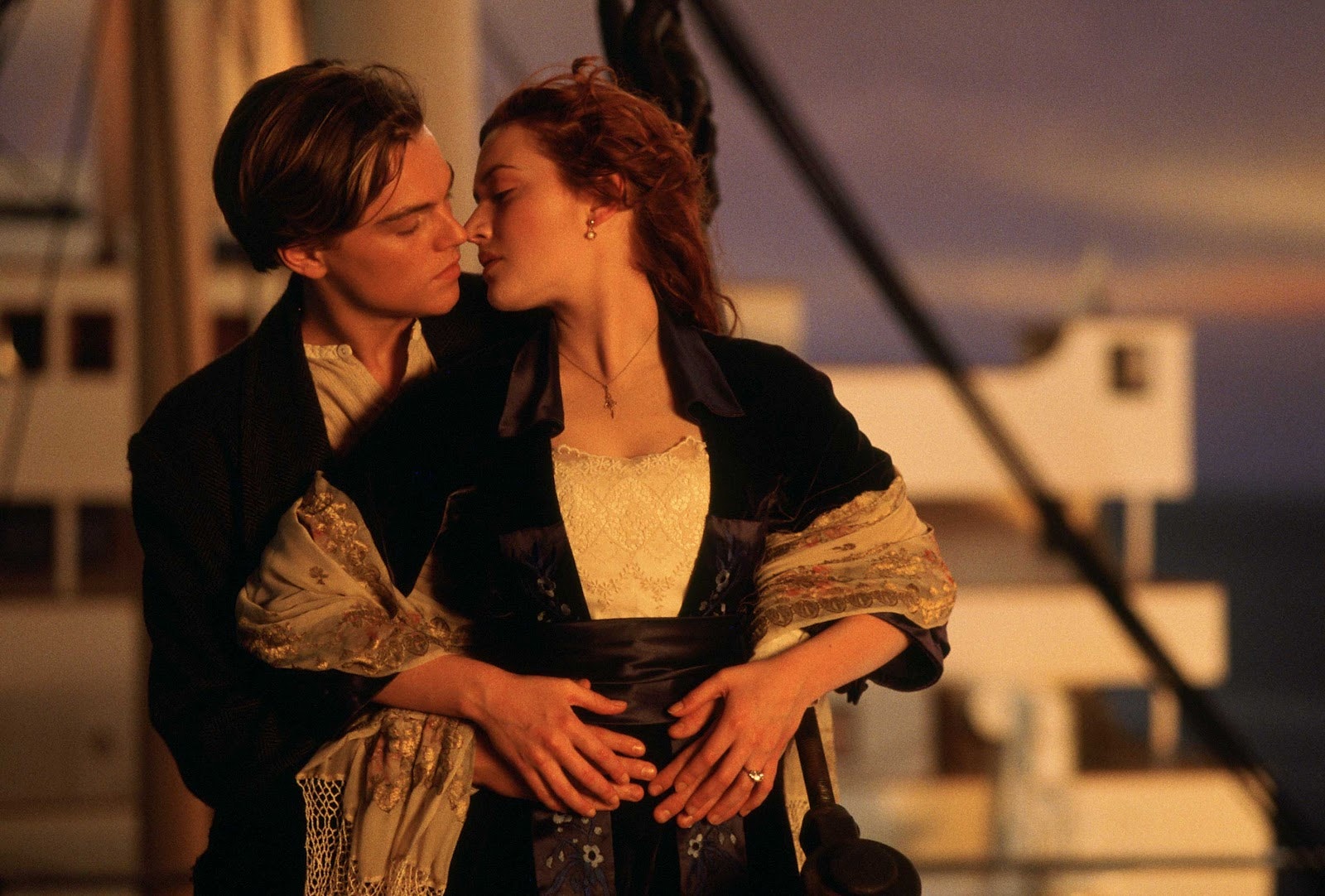 This is the ship you guys. Pun intended. I would gladly go down to the depths of the Atlantic with Jack and Rose. I mean, they are the epitome of Hollywood couples; Romeo and Juliet aboard an ocean liner doomed by man’s hubris. It’s the classic story of poor boy meets rich girl. But if a sweeping romance set against the backdrop of one of history’s deadliest disasters doesn’t sell it to you then maybe a young Leonardo DiCaprio will? #enoughsaid.

“Is there any man in this world who doesn’t fancy you?”

If a rough and rugged Hugh Jackman tipping a bucket of soapy water over himself isn’t enough to get you all hot and bothered than I don’t know what will. #stickaforkinmeimdone. Australia is another clear case of opposites attract – Hugh is a sexy cattle drover and Nicole Kidman a haughty British aristocrat whose vastly different worlds collide Down Under amidst the Second World War. These too have amazing onscreen chemistry. Level of steaminess? Let’s just say that Sarah and the Drover could give the Notebook’s steamy kiss in the rain a run for its money.

“The very first moment I beheld you, my heart was irrevocably gone”

At this stage, there’s nothing we haven’t seen when it comes to Pride and Prejudice but what happens when you hand Elizabeth Bennet a samurai sword? Pride + Prejudice + Zombies takes the famous love affair and raises the stakes in the best possible way – England is now plagued by the undead. As much as I love the original classic, this is, by far, my favourite adaption.  Not only do we have a steamy sparring match but then there’s Sam Riley in all his zombie slaying, duster wearing glory. Talk about sex appeal! You know what they say – the couple that slays together stays together!

“You belong in the sky. You and I… could belong to each other”

Okay, let’s address the elephant in the room; the original superman films were campy AF but common – I mean, Christopher Reeve anyone??? Nobody plays the man of steel quiet like Mr Reeve. In fact, say what you will about Superman: The Movie but it does feature one of the better portrayals of the dynamic between Lois Lane and Clark Kent. The romance was just so pure and there’s this beautiful sense of innocence that encompasses the film. Then there’s the interview scene which see Lois flying above the clouds in the arms of Superman which is actually the stuff swoons are made of.

7. Christine Daeé & Erik [the Phantom] – The Phantom of the Opera 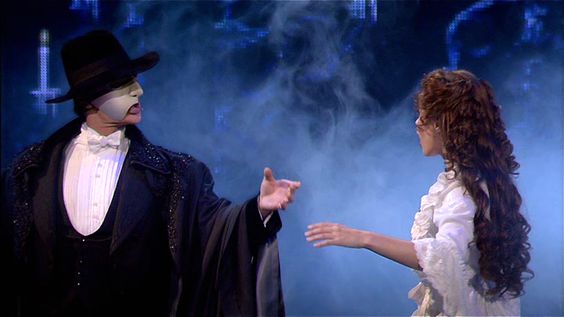 “say you’ll share with me one love, one lifetime. Lead me, save me from my solitude. Say you’ll want me with you here beside you. Anywhere you’ll go let me go to – Christine, that’s all I ask of you”

Most people don’t understand my love for Phantom.  Erik and Christine are my ultimate OTP, they must be protected at all costs. Erik is the product of his abusive childhood. Christine, is a chorus girl who becomes the object of his obsession. The 25th Anniversary filmed live at the Royal Albert Starring Sierra Boggess and Ramin Karimloo is hands down, my favorite adaption. Their chemistry’s seriously steamy and Ramin’s Phantom commands attention with his agonizing vulnerability and dark, sexy allure. Then there’s the devastating Final Lair – I dare you not to cry when Erik lets her go. I dare you. #loveneverdies.

“I ask for so little. Just fear me, love me, do as I say and I will be your slave”

And hey, while we’re on the topic of sexy romantic rebels and antiheroes – let’s talk about Sarah and Jareth from Labyrinth. The 80’s cult classic is a female empowered, coming-of-age adventure through the Goblin King’s world. Jareth is basically the representation of Sarah’s fantasies, the human personification of lust and danger. And while there’s no actual romance between the two there is a strong sexual subtext which gives every scene between David Bowie and Jennifer Connelly this amazing tension. Don’t get me started on the sweeping ballroom scene set against Bowie’s As the World Falls Down because that is the stuff of Disney magic. All I’m saying is that I ship the heck out of that.

“Well, personally, I think he’s filthy, rude, a complete scoundrel. I don’t like him one bit”

Confession: I love a good ol’ fashion adventure flick. I especially love a good ol’ fashion swashbuckler with a penchant for trouble. Enter The Mummy, a surprisingly feminist sweeping adventure across the Egyptian desert. Rick O’Connell is a ruff and rugged, gallant adventurer who’s saved from the gallows by Evelyn, a beautiful but dorky 1920’s career woman. Basically you’ve got the recipe for a steamy romance. Right off the bat, Rick and Evelyn are a unit and I lived for their witty verbal sparring. Also, can we please talk about how it’s the clumsy, bookish librarian who makes resident bad-ass Rick all kinds of smitten?

Now I want to here from you – yes, that’s right YOU! Who is YOUR ultimate Hollywood ship or OTP? Is there someone I left out?

5 thoughts on “A Definitive List of My OTP’s, Ships and Hollywood Couples”