Break the curse. Save the kingdom. Reclaim her magic. The Queen must prevail. 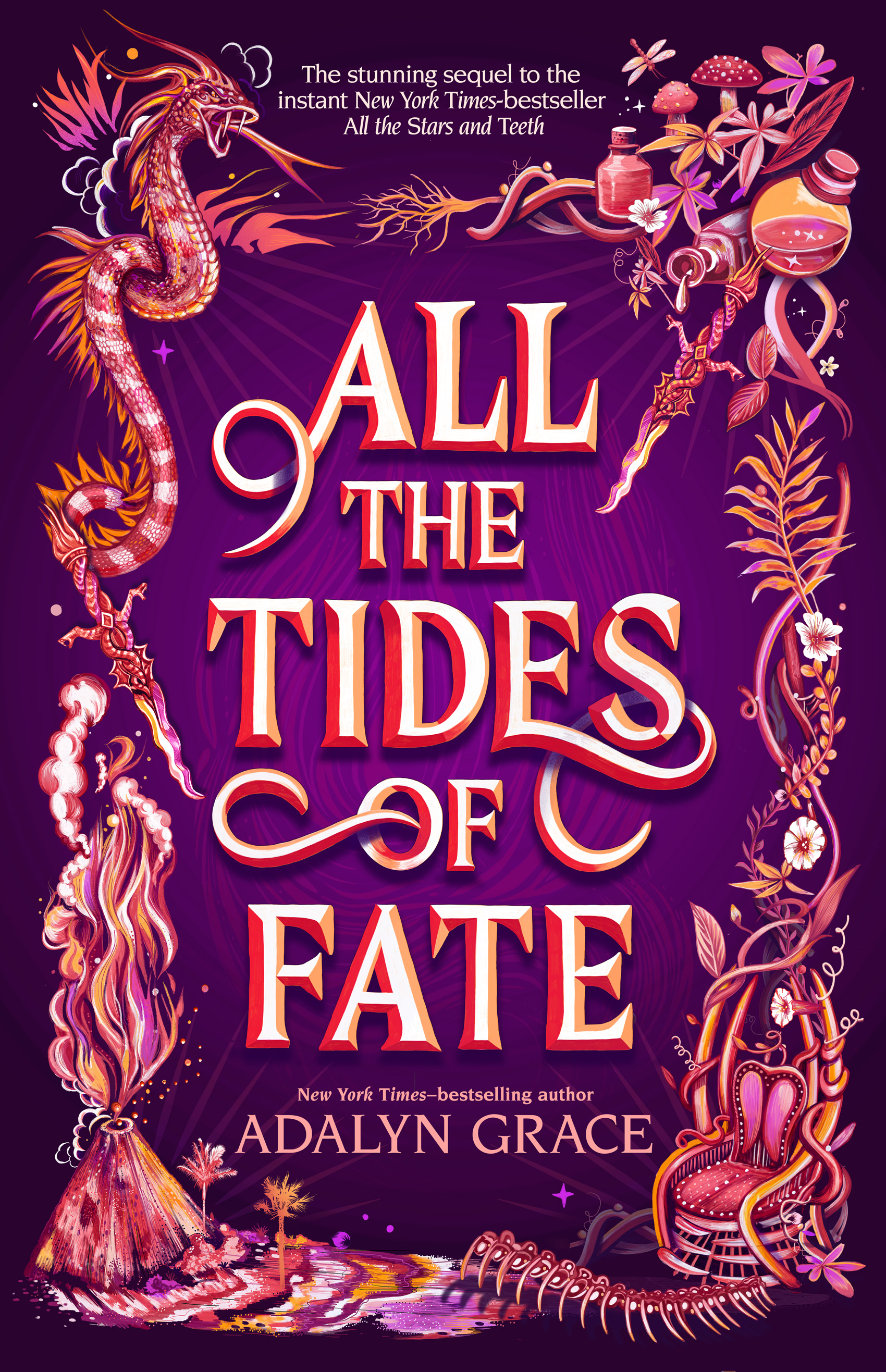 Through blood and sacrifice, Amora Montara has conquered a rebellion and taken her rightful place as queen of Visidia. Now, with the islands in turmoil and the people questioning her authority, Amora cannot allow anyone to see her weaknesses.

To save herself and Visidia, Amora embarks on a desperate quest for a mythical artifact that could fix everything―but it comes at a terrible cost. As she tries to balance her loyalty to her people, her crew, and the desires of her heart, Amora will soon discover that the power to rule might destroy her.

Beware all ye who enter – spoilers ahead for All the Stars and Teeth.

All the Tides of Fate was exactly what I needed. Even though it completely destroyed me emotionally. Like, thank you SO much for that ending, Adalyn Grace. Can you tell that I’m being super sarcastic right now???

Anyway, here’s the thing you need to know about me: I absolutely LOVE duologies. They’re literally the best of both worlds. You’ve got the potential for expansion minus the whole middle book syndrome. But authors don’t always get them right… *Cough, cough* Sara Holland *cough*. Which is why going into All the Tides of Fate, I was more than a little anxious. There was just so much riding on this conclusion and so many ways it could have all come crashing down.

But, I’m so happy to report that Adalyn Grace more than delivers because All the Tides of Fate was AMAZING.

All the Tides of Fate continues Amora’s swashbuckling adventures from All the Stars and Teeth, opening some months later. Amora has more-of-less settled into her role as Queen but she’s struggling underneath the heavy weight of her burdens. Her father is dead, her mother wasting away, the kingdom is transitioning and Amora herself is spiraling, her soul cleaved in two. It’s a lot for any young woman to deal with.

But the action never stalls and the pacing is plotted perfectly. We really don’t spend much time on Arida before we’re thrust into yet another sweeping high seas adventure spanning the islands of Visidia.

And WHAT an adventure indeed.

Now, all too often in YA fiction grief and mental health gets completely passed over. That was definitely not the case in All the Tides of Fate because Amora’s grief was handled beautifully. Like I said, Amora’s dealing with a lot and I loved seeing her grapple with her choices. Even if I wanted to knock her over the head a couple of times… Especially when she doubted her crew and their capability to understand her pain. But Amora needed to completely break in order to heal and the journey was honestly so relatable and inspiring.

And we got the chance to see Amora in action without her soul magic. Just for the record, she’s still every bit as relentless and fierce.

As the world of Visidia expanded so too did the Keel Haul’s crew. Joining Amora, Bastian, Vataea and Ferrrick are Shanty [a new favorite of mine] and Casem. Their characters fit perfectly into the Keel Haul’s already established dynamic, adding a new layer of adventure. I was basically LIVING for every scene where Amora, Vataea and Shanty had to team up for some pirate-y shenanigans. Of which there were many. It was also gut-wrenching to see how the relationships changed with the stakes. Especially between Amora and her crew. All I’m saying is that I need a Vataea novel stat because I am NOT okay with how things were left.

If you want me to elaborate, this book took me over a week to finish. Now before you get the wrong idea, I couldn’t bring myself to finish the last fifty pages. I wasn’t ready to leave this crew or their sprawling watery world behind. I also knew those last fifty pages would be brutal. Spoiler alert: I wasn’t wrong. And let me tell you, just when you thought it couldn’t possibly get any worse Adalyn sticks that final nail in the coffin.

At this point, I’ve considered selling my soul to the Lusca for another book. I mean, somebody’s got to make this happen, alright?

Basically, this duology has quickly become an all-time favorite of mine. I’ll never stop recommending it to anyone who loves Pirates of the Caribbean, found families and general high seas shenanigans. Adalyn Grace just sweeps you in with a compelling but flawed protagonist and a vibrant world brimming with political intrigue and mythology. There’s a lot of potential [and definitely room] for more adventures across Visidia. Here’s hoping that All the Tides of Fate is goodbye for now but never the end.

3 thoughts on “Review: All the Tides of Fate by Adalyn Grace”